You must do the things you think you cannot do.
~ Eleanor Roosevelt

Even the casual observer will notice that my posting has been a bit lax lately. I can promise you that it's not because we're sitting around with nothing to do. Sometimes it's much easier to just load a picture onto Facebook with a caption and be done with it. But I hav to remind myself that the purpose of the blog is for the kids, and I don't let them on Facebook. :D

A couple of weekends ago Bill and Hank went camping with the Boy Scouts so I had Ella and Shane to entertain. I also had to get Jake to/from work on my own. Saturday morning he had to be there at 8 so we were up and out pretty early.


We picked up Ella's BFF Elizabeth and headed to a Cub Scout conservation project. Nothing like picking up some trash to get your day started! 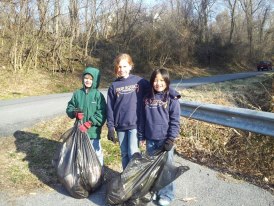 Then we headed to Lowes where we attempted to build some very complicated Piranhakeet choppers (based on the Croods).
Next month we're going to Home Depot to build bird feeders... that's more my speed! 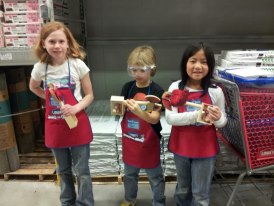 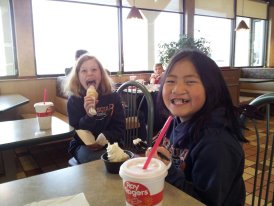 Playdate at the park with some friends 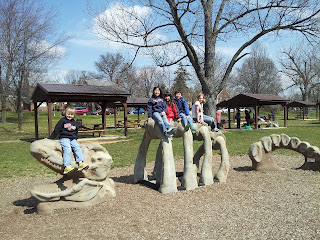 Next we headed to Whole Foods in Gaithersburg where they were hoping to break the world record for number of hula hoopers in one place. Elizabeth and her sister take a Rock A Hula class so they can do all sorts of fun tricks with the hoops.

Ella, as with most things, is a natural and can hoop for hours (I can't even make one rotation!) 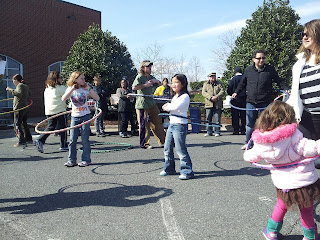 And my little booger butt looked like he was having a seizure out there. He had a blast until he got whacked in the face by another hula hoop...one of the perils of being short, I suppose. 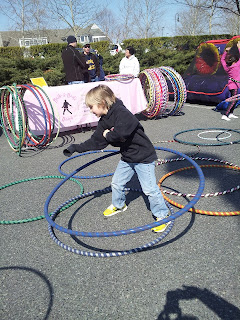 I don't think they had enough hoopers, but the kids definitely had a great time. And we went home and crashed on the couch after our crazy day!
Posted by *~*~* Tracy at 8:54 AM

Yeah, I've gotten really behind on my blogging, too.

After feeling overwhelmed month after month with all the stuff I'd like to get to, I decided I'd dedicate one weekday a week to each thing I want to do.

Monday - as you can see - has become my dedicated blogging day.